There’s no denying that a good website can make all the difference to the amount and the type of business a company makes. Beautiful web design and content that is relevant, accurate and to the point can be the difference between a company plodding along at normal pace or racing past the competition and setting a new standard. So whether you’re setting up a business or looking to improve one you already own, don’t neglect the website as it will make all the difference, especially in the age of technology.

Ceylon City Hotel is a prime example of how a good website can make all the difference to a company. Prior to 2015 the hotel, while offering beautiful rooms, was plodding at a rather average rate. When they decided to redesign their website it offered the opportunity to promote themselves in an entirely new light, one that built trust between the client and customer. The rooms were stunning but the website was difficult to navigate and didn’t boast the tightest security going – something that is bound to put potential customers off.

Post 2015, however, things have been on the up for this beautiful hotel as you can see from taking a quick look at their awards page. Based in Colombo, Sri Lanka, there is high demand for luxury hotels and this one is easily the best. Boasting three different room categories, a spacious restaurant and 24-hour room service, it was one of the easiest web development projects SurfEdge Design Engine ever had to take on. With a product that sells itself as well as Ceylon City Hotel rooms do, the key to getting this hotel the business it deserves was just create a website that oozed luxury and style.

Winning awards left, right and centre, there is no doubting that Ceylon City Hotel is here to make a statement about how travel should be done in style. The gorgeous hotel is winning awards not just on the basis of looks and cost, the overall feel of the place is being taken into account and this is no better shown than the fact that it has won awards voted on by visitors to the city. The awards won include World Luxury Hotel Awards – Winner 2016, Hotel of the Year Awards – Top 10 3 Star Hotels Worldwide 2016/17 and Hotel of the Year Awards – Best Budget City Hotel, South Asia 2016/17. The most important, however, is surely Trip Advisor Travellers’ Choice – Winner 2016 as there is no better promotion for a hotel than the reviews of the customers, and the reviews for this place speak for itself.

With attentive staff, beautiful rooms and a restaurant that is worth visiting regardless of whether you’re staying there or not, Ceylon City Hotel has managed to make a name for itself through hard work, perseverance and moving with the times. With a website that runs smoothly, operates to the highest standards and offers an open and easy to understand layout, there is no doubt that this is the website the hotel deserves. So if you’re ever in the Colombo area, you should definitely give this hotel a try and feel what true luxury at a reasonable price feels like. 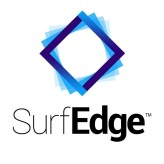 SurfEdge is an Innovation based Company. We at SurfEdge design and develop innovative products and services which would take them to the next level of experience which people fall in love with. We have one clear vision. We want to take the technology to the next level which would Make Lives Smarter.